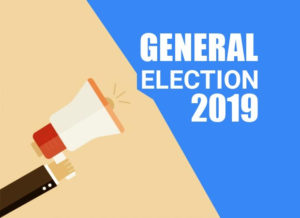 The festival of democracy, as it is often described, is round the corner.

The weeks ahead will be full of rallies, slogan shouting, TV debates, hot social media wars and what not.

While we have to be ready to ‘live’ through this, the aspect that impresses me most is different:  the way the Election Commission plans and implements this most complex exercise in the world, in such a credible fashion! By any scale , it is a gigantic exercise: 90 crs voters in the list, 10 lac polling stations,23 lac EVM machines ….the list goes on…It must be taking the best of the management and administrative skills of the commission. And with all this,  if there is even a small error in some part of the country, the Mamtas, Mayavatis and Kejriwals of the world are ready to pounce on the Commission.!

I am a part of the ‘earlier’ generation, wherein most of us were impressed with something “foreign”!  All great innovations and systems had to come from ‘outside’! If it was Indian, the quality was suspect.  Indian managers considered themselves ‘lesser selves’ in front of the ‘white’ bosses and executives, managing MNCs.

Even in those days, the then Election Commissions have successfully conducted a large number of elections ,all through the length and the breadth of this large landmass. This has always been done with almost entirely ‘home grown’ processes and systems. They have helped retaining faith of the people in our democracy. I wonder if the “Indianness” in this has been sufficiently appreciated by us, the fellow citizens!

Having worked in corporates, I always wonder what motivates this set of thousands of people, forming part of the Commission!!.  The salary of the Chief Election Commission may be one tenth of what a CEO of a private sector company,  managing  less than tenth of the complexities ,earns!

I would like to know if a full scale case study, on how these thousands are motivated to live up to the daunting expectations ,has ever been undertaken.

If anyone knowing about it shares the info., I will be grateful.